Allen Tager is a Russian American artist and cognitive scientist. Born in Russia, he was one of the leaders of the largest 1980s artistic and cultural movement in the former Soviet Union. This avant-garde movement played a key role in changing the cultural and social climate in the country, and triggered the massive political reforms that caused the fall of the communist regime and, in turn, the global shift: the liberation of 15 Soviet republics and eastern Europe, the reunification of Germany, and the end of the Cold War. Since 1995, he has made the United States his home and currently leads an international study aiming to identify the brain centres responsible for the activity of each mode of human thinking: instinctive, intellectual, and intuitive. 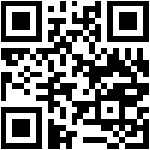